China celebrates Valentine's Day during the Double Seventh Festival, why?
Posted on Aug 05, 2019

The Chinese Valentine's Day, also known as the Double Seventh Festival and called Qixi festival in Chinese, it's a Chinese traditional festival celebrating the annual meeting of the cowherd and weaver girl in mythology. It falls on the 7th day of the 7th lunar month on the Chinese calendar, which is the most romantic festival among all the traditional Chinese festivals.

While Valentine's Day is on February, 14th in other countries of the world, China celebrates its version during the Qixi Festival, The reason why? A legendary romantic tale that has endured for thousands of years. 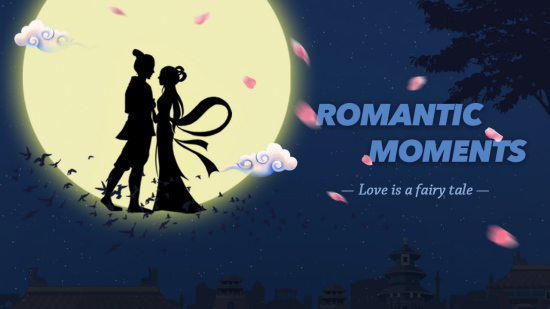 The festival originated from the romantic legend about two lovers, Niulang and Zhinv, who were the cowherd and the weaver girl respectively. The tale of the cowherd and the weaver girl has been celebrated in the Double Seventh Festival since the Han dynasty. The earliest-known reference to this famous myth dates back to over 2600 years ago, which was told in a poem from the Classic of Poetry.

Many traditions on Chinese Valentine's Day have influenced in the neighborhood countries such as Japan, Korean and Vietnam.

Legend: it based on a romantic legend of the cowherd and the weaver girl (Niulang and Zhinv).

The festival has been celebrated since the Han Dynasty (206 BC – 220 AD). On May 20th, 2006, the Double Seventh Festival was added to the National Intangible Cultural Heritage list by the State Council of China.

1. Showing skills (demonstrating dexterity) was the most popular custom for women in the evening of Qixi. The longest standing way to "plead skills" was to speedily thread a needle under moonlight. Young women also carved exotic flowers, animals, and unusual birds, usually on a melon skin. 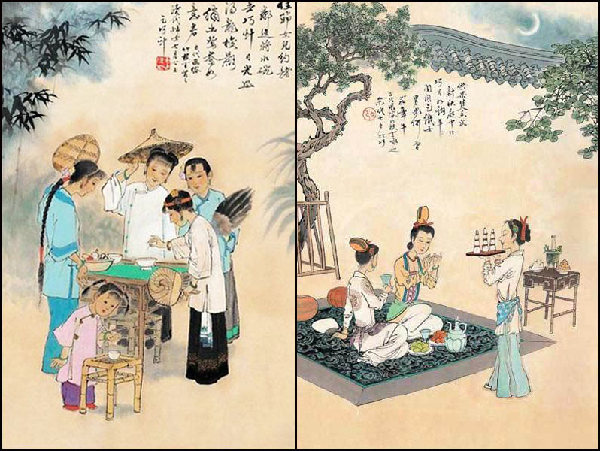 2. Worshiping the weaver fairy (the star Vega), Zhinv involved a table of offerings: tea, wine, fruits, longans, red dates, hazelnuts, peanuts, and melon seeds. In the evening young women sat around the table, displaying their needlework, gazing at Vega, and praying for a good husband and a happy life. Then they'd play games or read poems until midnight.

3. Honoring oxen: children picked bunches of wild flowers and hung them on the horns of oxen in honor of the legendary ox.

The story goes that Zhinv, a goddess renowned for her weaving skills, went to the mortal world and met a cow herder named Niulang. Niulang and Zhinv fell in love, got married, and had two children. But when Zhinv's mother, the queen mother of heaven, she found out about their union and she became upset and angry, taking Zhinv back to heaven.

Niulang was heartbroken. But an old cow that Niulang had once rescued revealed that he was actually a god injured in the mortal world and offered him his skin once he died. He told Niulang his leather could be used to make shoes that could fly him to heaven. 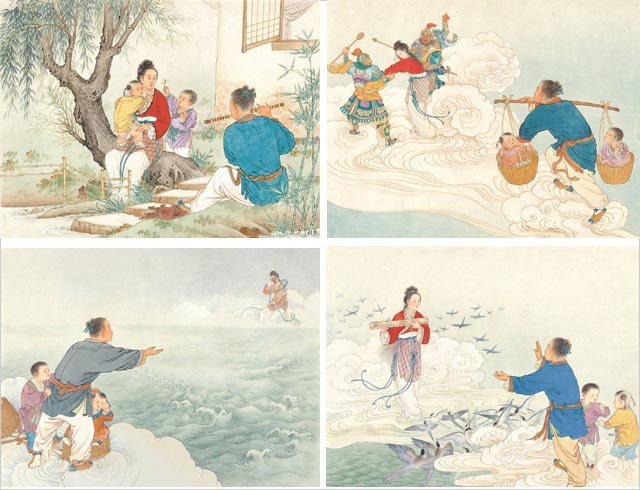 When the cow died, Niulang made an attempt to find Zhinv with their children, but the queen mother of heaven used her hair pin to create a river of stars that would become the Milky Way to separate the two lovers. Their cries touched the magpies so much that thousands of them formed a bridge for the couple to walk over the river. Eventually, the queen mother relented and agreed to let the couple meet one night out of every year on Qixi, which means the seventh night, which they meet with the help of their magpie friends.

Therefore, the day that Niulang and Zhinv meet is the Chinese Valentine's Day.

Based on this legend, the magpies who form a magic bridge for this couple to reunion each year have been seen as symbol for a happy and faithful marriage in China.

But in China, the Western Valentine's Day is more favored than the Chinese Valentine's Day by many young people. Although some traditional customs have been changed or been lost, the legend of Niulang and Zhinv is still passed down from generation to generation.

Some older Chinese believe that if it rains during the Qixi Festival then Zhinv is crying as she reunites with Niulang and her family again. Perhaps she'll also be shedding tears over the customs and traditions that are being lost slowly.

Fortunately, there are so many lovers and couples will still celebrate Chinese Valentine's Day with different romantic ways, such as preparing an appointment, giving gifts and so on. Because they believe the love story of Niulang and Zhinv, also they treasure their love and marriage.

So, don't forget to prepare a gift for your lover on this day, no ideas? Or you can find something different on Vpayfast, buy some gifts on the online shopping platforms, all kinds of local payment methods are supported on Vpayfast. Just prepare a surprise and make your valentine's day unforgettable.

Wish the lovers all over the world get love and happiness.

Next : Do You Use Amazon Gift Card in Your Daily Life?