Some Fun and Spooky Facts about Halloween......

Witching you a very haunted & groovy Halloween!
Posted on Oct 29, 2019

The first Jack O'Lanterns were actually made from turnips.

Halloween is the second highest-grossing commercial holiday behind Christmas.

Samhainophobia is the medical term for a pathological fear of Halloween.

Owls are popular Halloween symbols. In Medieval Europe, owls were thought to be witches, and if you heard the call of an owl it meant that someone was about to die.

According to Irish legend, Jack O'Lanterns are named after a stingy man named Jack who, because he tricked the devil several times, was forbidden entrance into both heaven and hell. He was condemned to wander the Earth, waving his lantern to lead people away from their paths.

Ron Wallace holds the world record for the largest pumpkin ever grown, a 1502 pound behemoth who grew in 2006. 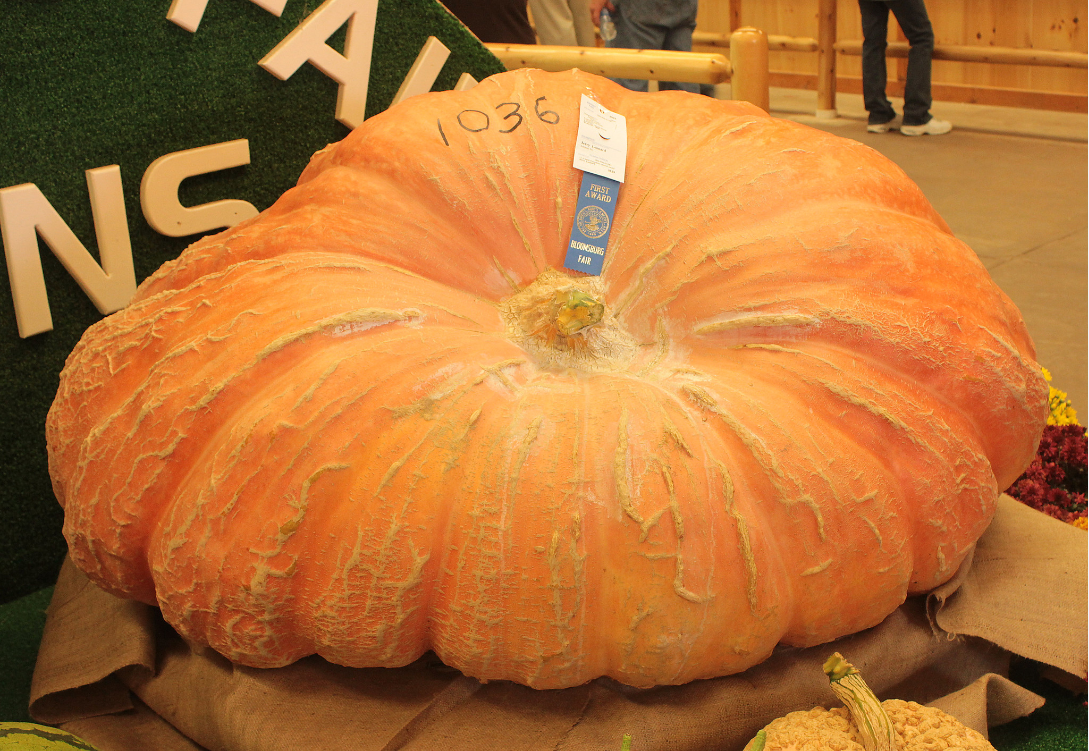 Stephen Clarke holds the record for the world's fastest pumpkin carving time: 16.47 seconds. The rules of the competition state that the pumpkin must weigh less than 24 pounds and be carved in a traditional way, which requires at least eyes, nose, ears, and a mouth.

Trick-or-treating evolved from the ancient Celtic tradition of putting out treats and food to placate spirits who roamed the streets at Samhain, a sacred festival that marked the end of the Celtic calendar year.

Trick-or-treat was first mentioned in print in North America in 1927 in Blackie, Alberta, Canada.

With their link to the ancient Celtic festival of Samhain (a precursor to Halloween) and later to witches, cats have a permanent place in Halloween folklore. 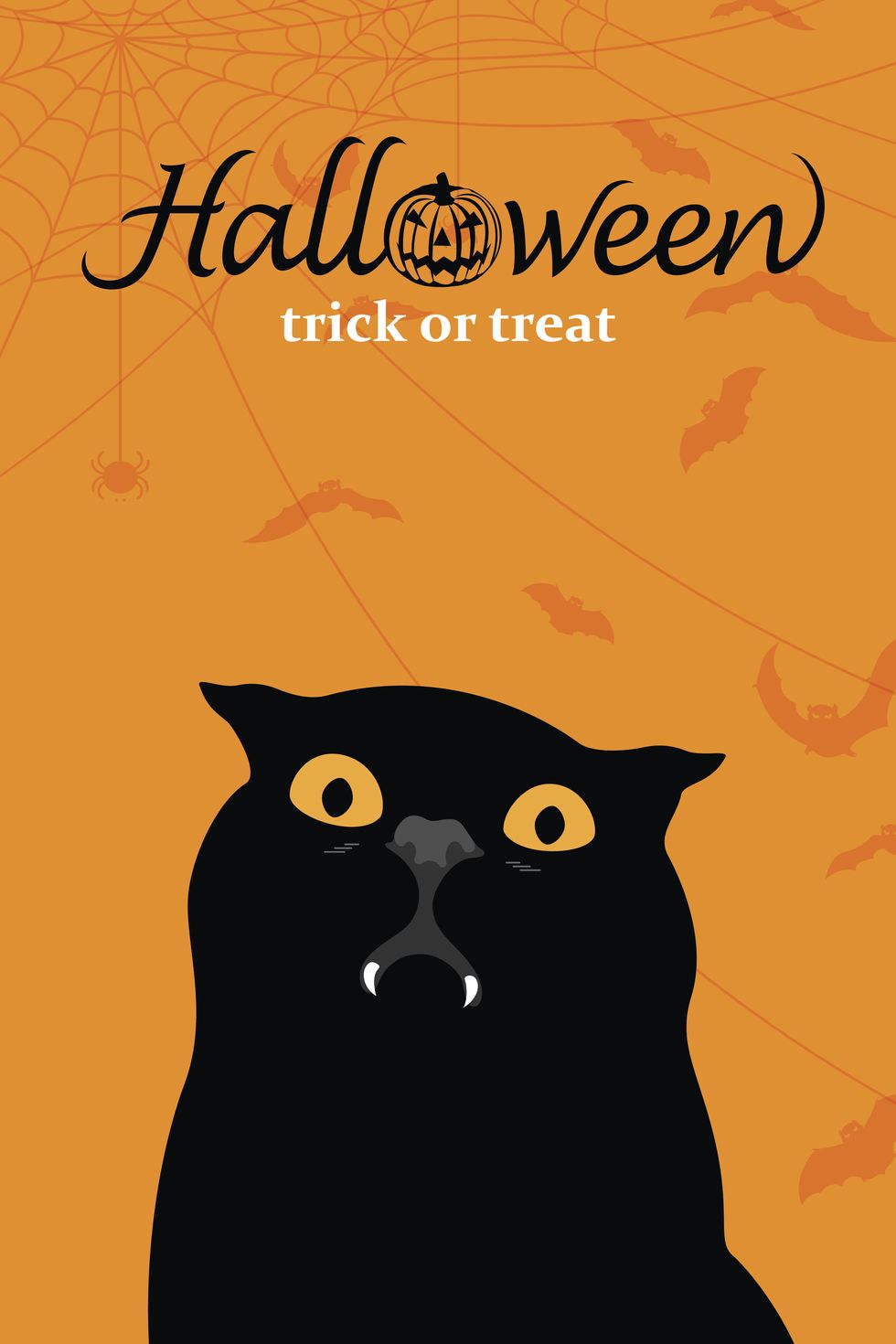 Halloween is traditionally associated with orange and black. Orange is a symbol of strength and endurance, stands for the harvest and autumn. Black is typically a symbol of death and darkness, and acts as a reminder that Halloween once was a festival that marked the boundaries between life and death.

Ireland is typically believed to be the birthplace of Halloween.

Scarecrows, a popular Halloween fixture, symbolize the ancient agricultural roots of the holiday.

Harry Houdini was one of the most famous and mysterious magicians who ever lived. Strangely enough, he died in 1926 on Halloween night as a result of appendicitis brought on by three stomach punches. 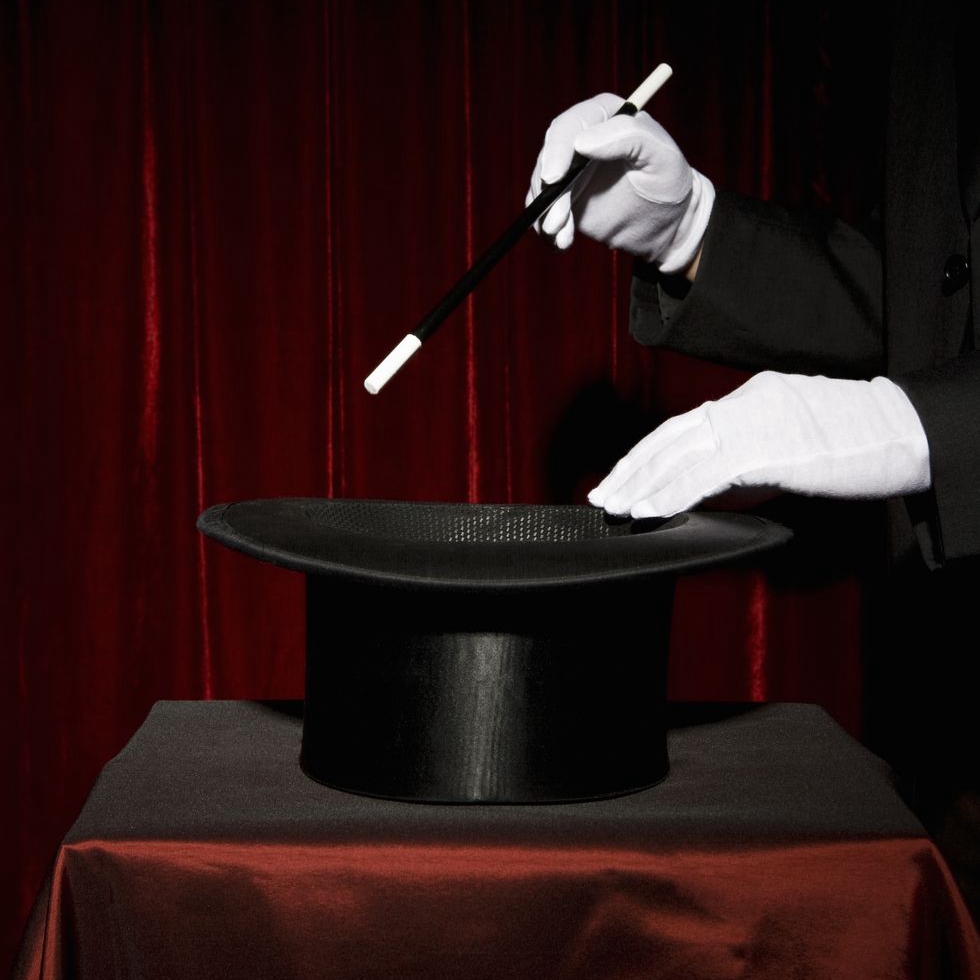 In 18th century Ireland, another tradition had a cook hiding a diamond ring in a bowl of mashed potatoes on Halloween. Whoever was the first to find the ring was sure to find true love.

A matchmaking tradition had young women peeling an apple on Halloween and then throwing the peel over her shoulder. The peel was then carefully inspected to see if it formed a letter, if so, that letter would indicate the initial of the girl's future spouse.

According to legend, if you put your clothes on inside out and walk backward on Halloween, you'll see a witch at midnight.

During the pre-Halloween celebration of Samhain, bonfires were lit to ensure the sun would return after the long, hard winter. Priests would throw the bones of cattle into the flames and, hence, "bone fire" became "bonfire".

Dressing up as ghouls and other spooks originated from the ancient Celtic tradition of townspeople disguising themselves as demons and spirits. The Celts believed that disguising themselves this way would allow them to escape the notice of the real spirits wandering the streets during Samhain.

In 1970, a five-year-old boy Kevin Toston allegedly ate Halloween candy laced with heroin. Investigators later discovered the heroin belonged to the boy's uncle and was not intended for a Halloween candy. 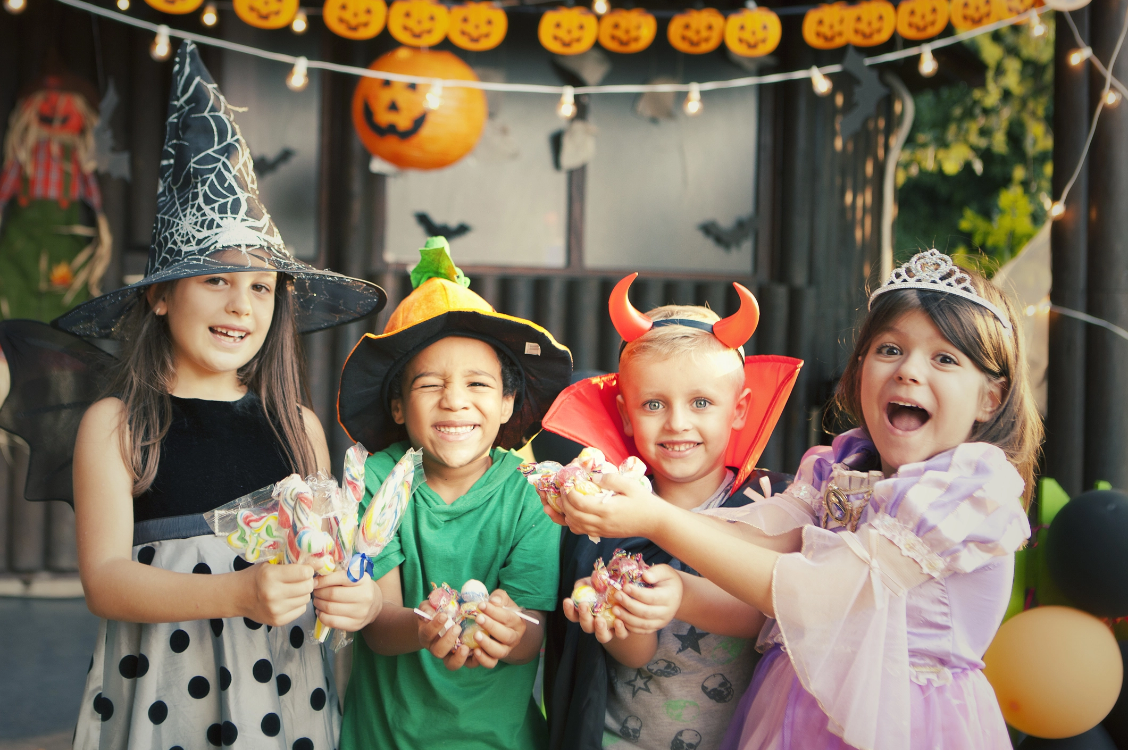 In 1974, eight-year-old Timothy O'Bryan died of cyanide poisoning after eating Halloween candy. Investigators later learned that his father had taken out a $20,000 life insurance policy on each of his children and that he had poisoned his own son and also attempted to poison his daughter.

Halloween is thought to be 6,000 years old and was first celebrated around 4,000 BCE.

The longest haunted house in the world is "Factory of Terror" in Canton, Ohio.

A child born on Halloween is said to have the ability to talk to spirits. 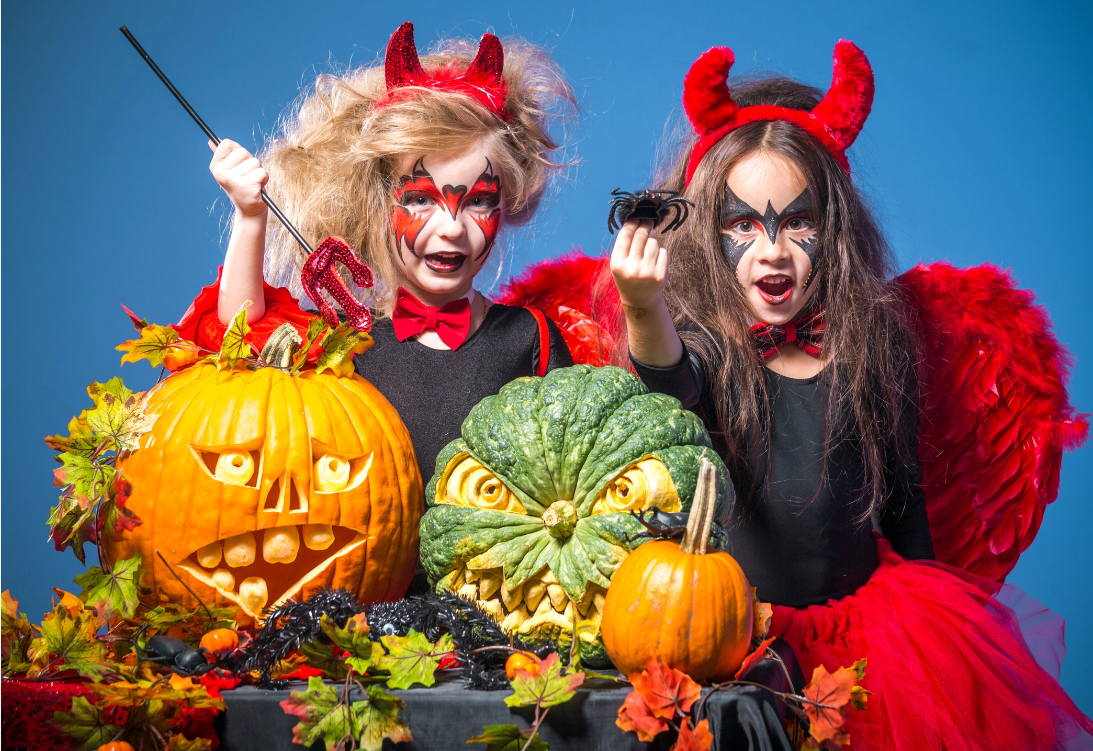 In many countries, such as France and Australia, Halloween is seen as an unwanted and overly commercial American influence.

Children are more than twice as likely to be killed in a pedestrian/car accident on Halloween than on any other night.

In a few American cities, Halloween was originally called "Cabbage Night." The name is on a Scottish fortune-telling game in which girls would use cabbage stumps to predict who their future husband would be.

The blockbuster movie Halloween was filmed in just 21 days. The sounds of stabbing in the Halloween movie is made by a knife being plunged into a watermelon. 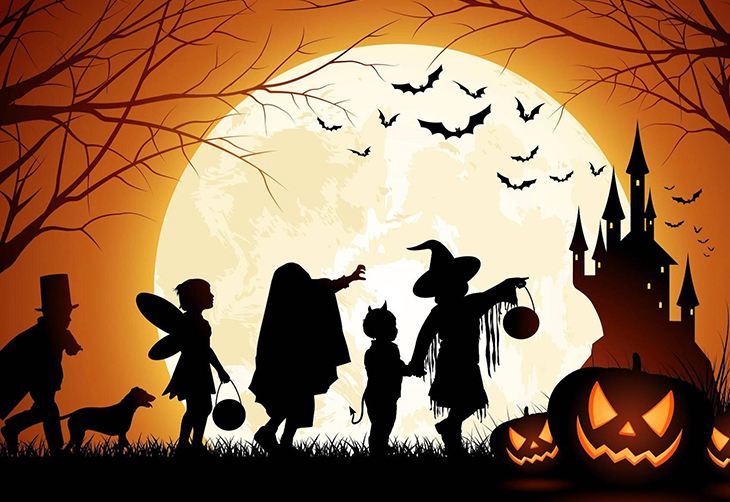 In an attempt to decrease robberies and crime on Halloween, Walnut Creek, California banned masks without a permit.

In Bellville, Missouri, it is illegal to ask for candy if you are over the age of 13.

In Dublin, Georgia, it is illegal for anyone over the age of 16 to wear a mask, sunglasses, or any other facial covering on Halloween.

In Alabama, it is illegal to dress up as a priest or as a nun on Halloween.

The average bag of candy that one child will collect on Halloween contains about 11,000 calories.

Do you know? One quarter of all the candy sold annually in the U.S. is purchased for Halloween. It's said that about 3 out of 4 Americans are planning to buy decorations this Halloween. The average cost of every American (adult) is $60-70 on Halloween costumes, decorations, candies in these years…… 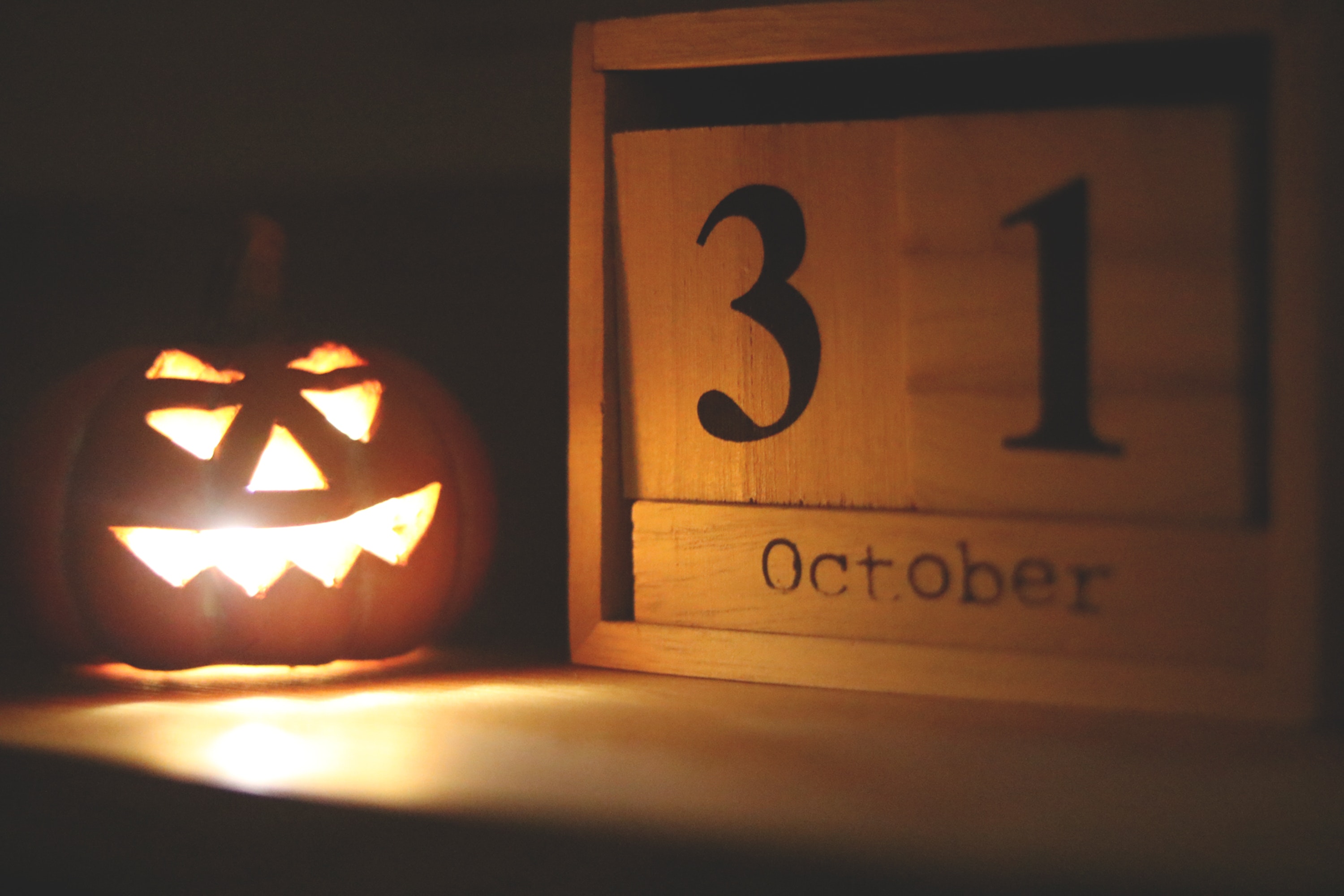 Next : The Three Most Common Ways to Take Taxi in China.